The UN’s first ever report on biodiversity warns that bees, butterflies and other pollinators are at risk of extinction. Such a development would threaten human food supplies and cost hundreds of billions of dollars.

Bees, butterflies and other pollinators are at risk of extinction, which could eventually disrupt global food supplies and cause hundreds of billions of dollars worth of economic damage, according to a massive UN report by a scientific body.

The report, which was assembled over two years, draws from many scientific studies but does not include any research of its own. was approved by a congress of 124 nations meeting in Kuala Lumpur on Friday.

Honey bees pollinate one-third of the food we eat – including fruit, vegetables, oils, seeds and nuts

Many wild bees and butterflies have been declining in abundance, occurrence and diversity at local and regional scales in Northwest Europe and North America,“ said an assessment by the Intergovernmental Science-Policy Platform on Biodiversity and Ecosystem Services (IPBES).

In addition, more than three-quarters of the „leading types of global food crops“ such as apples, mangoes and cocoa rely to some extent on animal pollination for yield and quality, according to the report, which was approved by a congress of 124 nations meeting in Kuala Lumpur on Friday.

„Pollinator-dependent species encompass many fruit, vegetable, seed, nut and oil crops, which supply major proportions of micronutrients, vitamins, and minerals in the human diet,“ according to the IPBES.

Simon Potts deputy director of the Center for Agri-Environmental Research at Britain’s Reading University and co-chairman of the report said many commonly consumed foods are at risk.

Butterflies are also key pollinaters, but are at risk

„Pretty much nearly all your fruits and many of your vegetables are pollination-dependent,“ said Potts.

The number of managed bee hives in the United States plunged from 5.5 million in 1961 and dropped to less than 2.5 million in 2012. The number of hives is back up slightly, to 2.7 million but worries about the colonies‘ overall health persist.

„The variety and multiplicity of threats to pollinators and pollination generate risks to people and livelihoods,“ the report stated. „These risks are largely driven by changes in land cover and agricultural management systems, including pesticide use.“

Hummingbirds are also key pollinaters, but at risk

“ Pesticide use poses both general and specific problems for pollinators and crops, according to the report.

„Pesticides, particularly insecticides, have been demonstrated to have a broad range of lethal and sub-lethal effects on pollinators in controlled experimental conditions,“ the report said.

But it cautions that more studies are needed on the effects on pollinators in the wild.

Herbicides kill off weeds, which are useful for wild pollinators, according to the report.

As much as $577 billion worth of food output depends on pollinators, according Zakri Abdul Hamid, who chaired the IPBES report

„Pollinators,“ he said, „are critical to the global economy and human health.“

„Many species of wild bees, butterflies and other critters that pollinate plants are shrinking toward extinction, and the world needs to do something about it before our food supply suffers, a new United Nations scientific mega-report warns.

The 20,000 or so species of pollinators are key to hundreds of billions of dollars‘ worth of crops each year — from fruits and vegetables to coffee and chocolate. Yet, two out of five species of invertebrate pollinators, such as bees and butterflies, are on the path toward extinction, said the first-of-its-kind report.

Pollinators with backbones, such as hummingbirds and bats, are only slightly better off, with one in six species facing extinction.

„We are in a period of decline and there are going to be increasing consequences,“ said report lead author Simon Potts, director of the Centre for Agri-Environmental Research at the University of Reading in England.

And it’s not just honeybees. In some aspects they’re doing better than many of their wild counterparts, like the bumblebee, despite dramatic long-term declines in the United States and a mysterious disorder that has waned.

The trouble is the report can’t point to a single villain. Among the culprits: the way farming has changed so there’s not enough diversity and wildflowers for pollinators to use as food; pesticide use, including a controversial one, neonicotinoid, that attacks the nervous system; habitat loss to cities; disease, parasites and pathogens; and global warming.

The report is the result of more than two years of work by scientists across the globe who got together under several different UN agencies to come up with an assessment of Earth’s biodiversity, starting with the pollinators. It’s an effort similar to what the United Nations has done with global warming, putting together an encyclopedic report to tell world leaders what’s happening and give them options for what can be done.

Pesticide use is just one reason bees and other pollinators are on the decline, say the authors of a UN report. (Chaiwat Subprasom/Reuters)

The report, which draws from many scientific studies but no new research, was approved by a congress of 124 nations meeting in Kuala Lumpur on Friday.

„The variety and multiplicity of threats to pollinators and pollination generate risks to people and livelihoods,“ the report stated. „These risks are largely driven by changes in land cover and agricultural management systems, including pesticide use.“

But these are problems that can be fixed, and unlike global warming, the solutions don’t require countries to agree on global action — they can act locally, said Robert Watson, a top British ecological scientist and vice-chair of the scientific panel. The solutions offered mostly involve changing the way land and farming is managed.

„There are relatively simple, relatively inexpensive mechanisms for turning the trend around for native pollinators,“ said David Inouye of the University of Maryland, a co-author of a couple chapters in the report.

One of the biggest problems, especially in the United States, is that giant swaths of farmland are devoted to just one crop, and wildflowers are disappearing, Potts and others said.

Wild pollinators especially do well on grasslands, which are usually more than just grass, and 97 per cent of Europe’s grasslands have disappeared since the Second World War, Potts said.

There are both general and specific problems with some pesticide use, according to the report.

Giant swaths of farmland in the U.S. are devoted to just one crop, and wildflowers are disappearing. (Lucy Nicholson/Reuters)

„Pesticides, particularly insecticides, have been demonstrated to have a broad range of lethal and sub-lethal effects on pollinators in controlled experimental conditions,“ the report said.

But it noted more study is needed on the effects on pollinators in the wild. Herbicides kill off weeds, which are useful for wild pollinators, the report added.

The report highlighted recent research that said the widely used insecticide neonicotinoid reduces wild bees‘ chances for survival and reproduction, but the evidence of effects on honeybees is conflicting.

In a statement, Christian Maus, global pollinator safety manager for Bayer, which makes neonicotinoids, said: „The report confirms the overwhelming majority of the scientific opinion regarding pollinator health — that this is a complex issue affected by many factors. Protecting pollinators and providing a growing population with safe, abundant food will require collaboration.“

Potts said global warming is „very clearly a real future risk“ because pollinators and their plants may not be at the same place at the same time. England has seen one-quarter of its bumblebee species threatened, and those are the type of bees most sensitive to climate change, he said.

England has lost two species of wild bumblebees to extinction and the U.S. has lost one, Inouye said.

England has lost two species of wild bumblebees to extinction and the U.S. has lost one. It’s a trend that’s likely to continue, scientists warn. (Vasily Fedosenko/Reuters)

The story of honeybees is a bit mixed. Globally over the last 50 years, the number of managed honeybee hives — ones where humans keep them either as a hobbyists or as professional pollinators — has increased, but it has dropped in North America and Europe, where there is the most data, the report said.

Potts said the number of managed hives in the United States dropped from 5.5 million in 1961 and dropped to a low of 2.5 million in 2012, when colony collapse disorder was causing increased worries. The number of hives is now back up slightly, to 2.7 million.

Dennis vanEngelsdorp, a University of Maryland bee expert who wasn’t part of the report, praised it for looking at the big picture beyond honeybees.

Doing something is crucial, he said.

„Everything falls apart if you take pollinators out of the game,“ vanEngelsdorp said. „If we want to say we can feed the world in 2050, pollinators are going to be part of that.“ 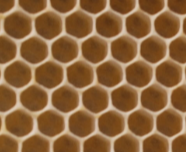